In March 2020, the Coronavirus Aid, Relief, and Economic Security (CARES) Act was passed, with specific implications for defined contribution participants.

The key provisions of the CARES Act are:


The Public Retirement Research Lab surveyed recordkeepers about public sector implementation and use of CARES Act loan and distribution provisions, as well as participant saving and investment behavior during the pandemic. 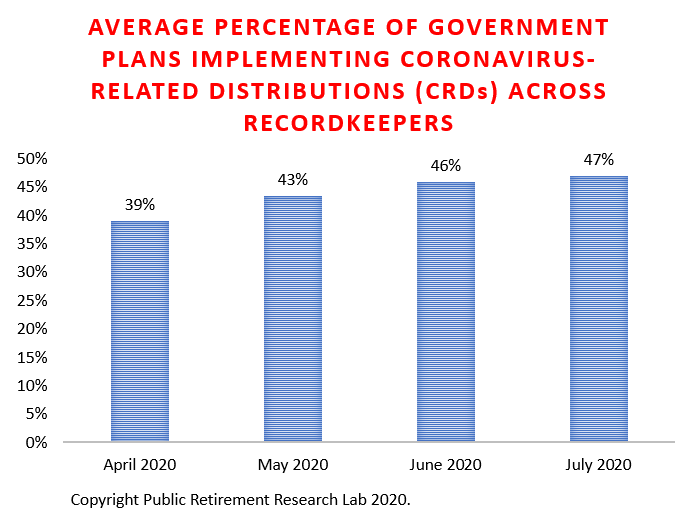 The average percentage of state  and local defined contribution (DC) plans that implemented coronavirus-related  distributions (CRDs) under the  CARES Act rose to 47% in July, from 39% in April. The range was wide, with some  recordkeepers reporting that  virtually all of the public sector plans on their system had CRDs and  others reporting a nominal amount. 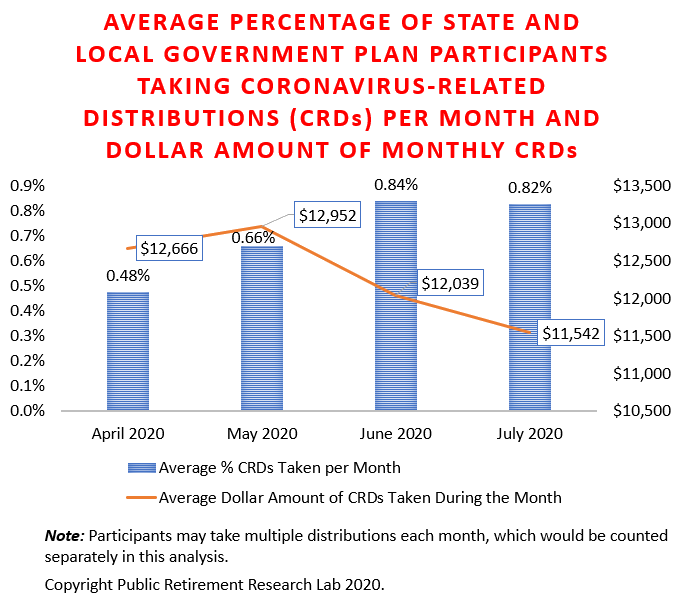 According to the 2019 NAGDCA  Perspectives in Practice Survey, the  median of average account balances  reported by public sector plans as of  December 31, 2018, was $45,505. This implies the typical  CRD taken was a  quarter of balances. 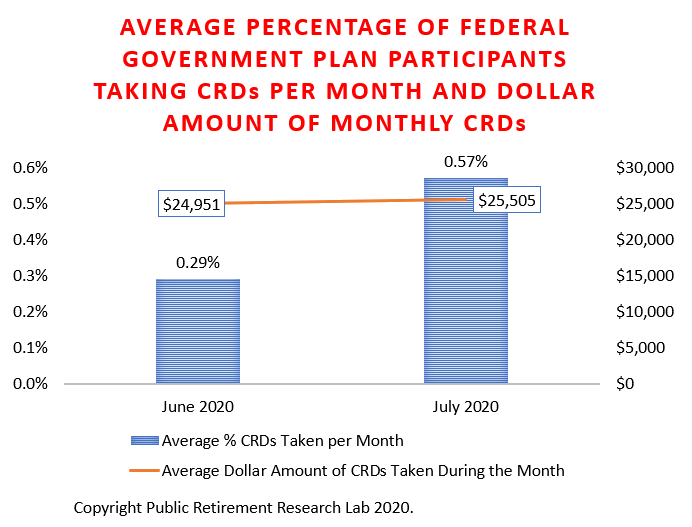 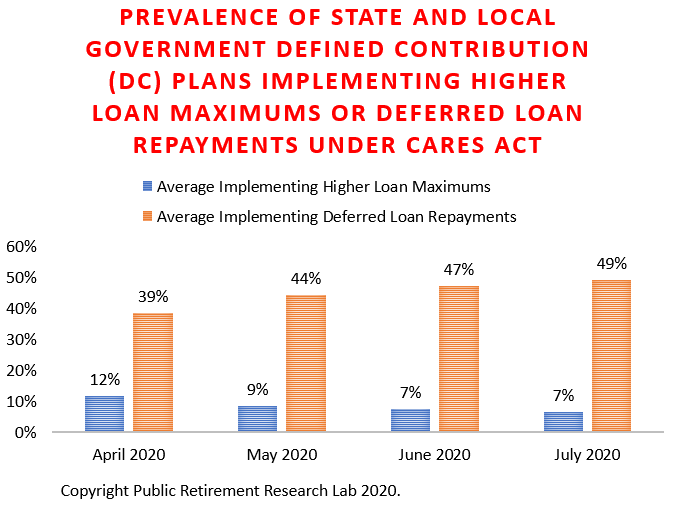 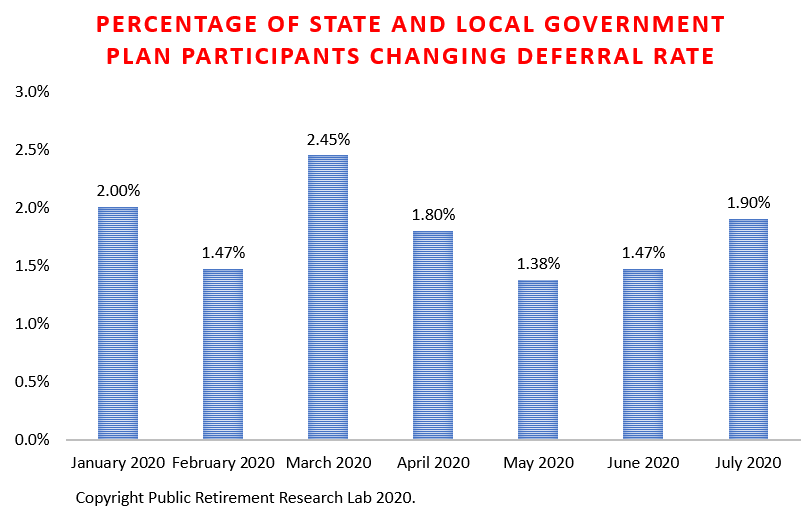 The average percentage of state  and local DC plan participants  changing their deferral rate was  significantly higher in March than in  subsequent or prior months. 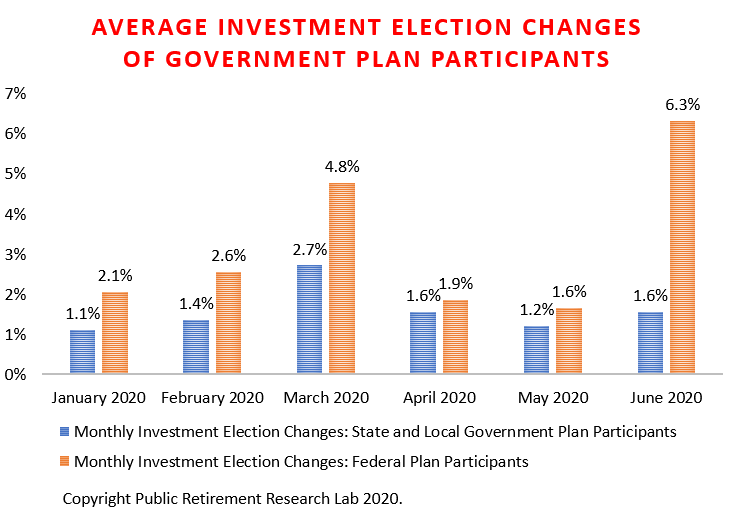